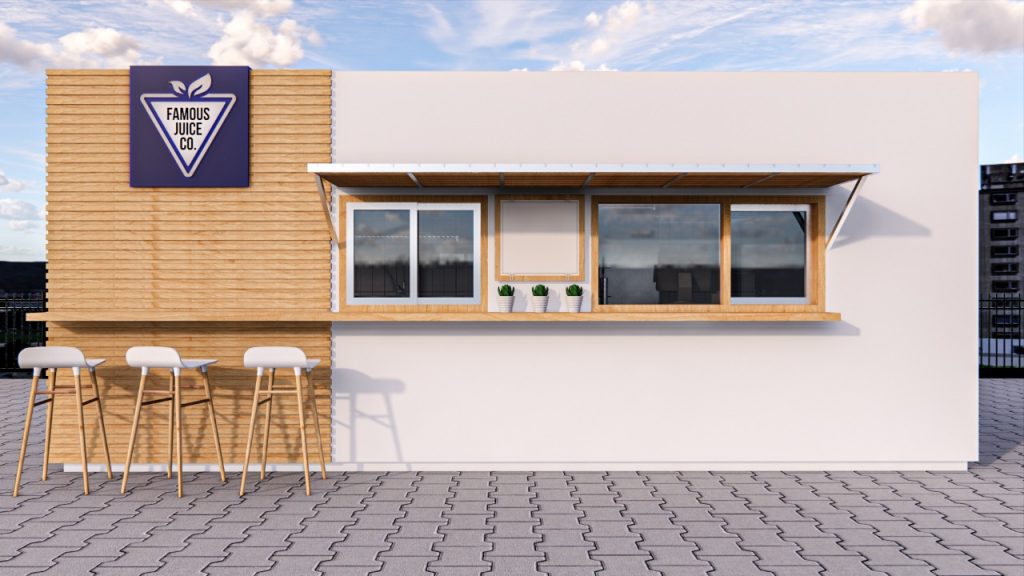 Famous Juice opened in 2014 after founder Amos Lozano transformed his health with a series of juice fasts following a year of muscle spasms, tension headaches, insomnia and no answers from medical professionals that also resulted in mild depression. This condition completely halted Amos’ life in 2013 and he could not exercise or live the active lifestyle he always lived without having debilitating spasms flare up.

Doctors tested for autoimmune diseases, and fibromyalgia. They were at a loss when blood work came up relatively normal. Amos visited 5 different doctors over the course of 2013, yet none could give him an answer or a solution. They prescribed physical therapy, muscle relaxers and even Xanax as a shot in the dark at numbing Amos to the symptoms he was experiencing. Adding to the trials of the mental and emotional stress he was going through, Amos was arrested in October 2013 for possession of marijuana. Cannabis had been helping provide relief for the symptoms. He even had sourced CBD oil capsules on an online black market to help with the spasms. The arrrest was an official sign: He had hit rock bottom.

Desperate, Amos began seeking alternatives and learning more about plant based nutrition. He discovered juicing by stumbling upon a documentary on Netflix called “Fat, Sick, and Nearly Dead.” Although he had never been exposed to the concept before, it made sense to him. He thought, “What do I have to lose? Why not try this juicing thing? It makes sense. Fruits and vegetables in a liquified form so it is easy for your body to absorb.”

He bought a $50 Jack LaLanne Juicer off Craigslist and tried a 3 day juice fast where you only drink raw veggie dominant juices and water. During these 3 days the symptoms significantly reduced and he was able to sleep through the night.

Amos thought, “Maybe there is something to this, but maybe the effect will diminish as the muscle relaxers did and no longer helped. I’ll try a longer one to see.”

While delving into the juicing world and developing recipes along the way, he then tried a 7 day juice fast around December 2013. It was on the 4th day of this fast that ALL the symptoms completely disappeared and Amos experienced mental clarity, energy and vitality unlike he had ever felt in his life, even before this condition began.

It was at this point that he decided, “If I want to feel this great all the time and not live with the symptoms I have been living with, this is going to have to be my daily life. I need to drink juice daily, and eat plant based to feel this amazing all the time.”

He realized that until that point he “thought” he was “healthy” because he was diagnosed with a disease or a condition, but unless you’ve actually nourished your body with raw fruits, vegetables and unprocessed foods then you don’t actually know what real health feels like. Now that Amos had felt the vibration of optimal health he could not go back.

Amos decided on Jan 1st 2014 he would do a 21 day juice cleanse in conjunction with Yoga, Meditation and daily positive affirmations to retrain his depressive mindset into a wealthy mindset. These 21 days completely transformed Amos; mentally, physically and spiritually he was a new person. He lost about 25lbs and his skin glowed as people he knew would barely recognize him in public.

Amos shared pictures and told the story on Facebook, where he got an overwhelming response from friends and family that wanted the same vitality. He realized an opportunity to help his community achieve optimal health with juicing and with just $29 in his wallet he decided to begin juicing from his parents kitchen and providing mason jars of juice and juice fast packages to those around him. This is the beginning of Famous Juice Company. 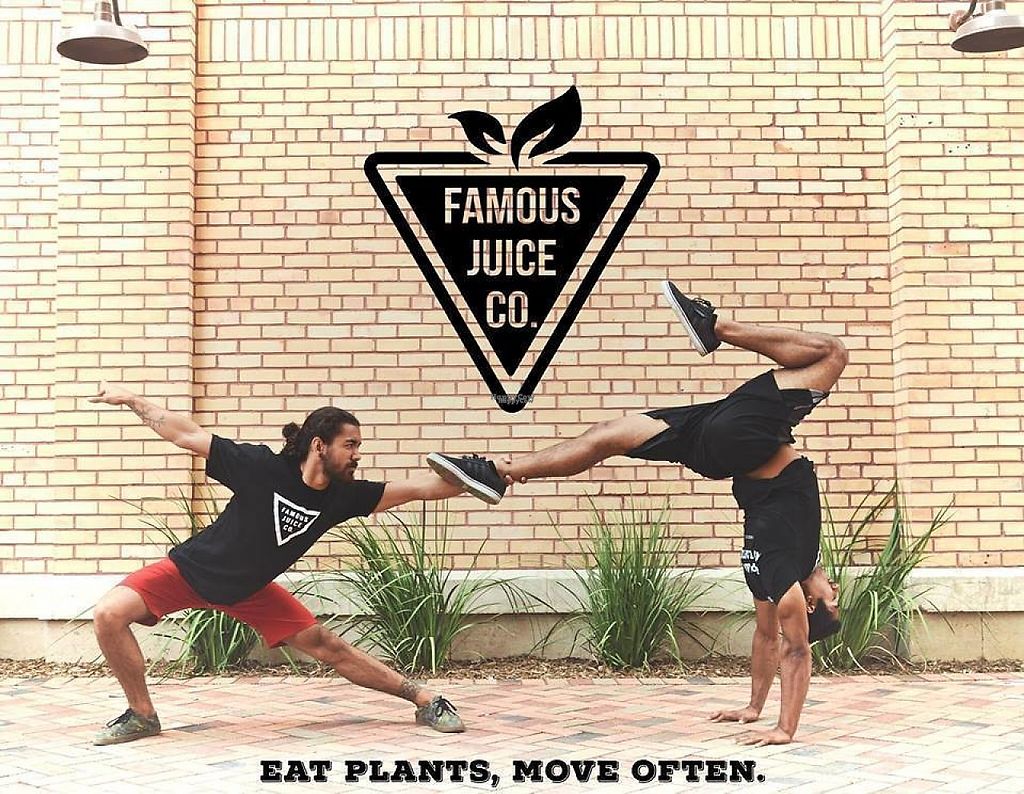